Herføl, an Island formed by the Sea.

Herføl, at the intersection between the Outer Oslo Fjord and the open Sea (Skagerrak) you are lured by nature, the harsh and beautiful pebble beaches, glossy rocks and boulders, several wedges, the country's largest collection of spectacular potholes and a heather landscape reminiscent of Norwegian high mountains. Herføl had a customs station and pilotage, and was an important fishing center, but today, it has grown into a summer and tourist center. There are only 14 permanent residents on the island, which makes up only 3 square kilometers.
Lagt inn av Bjorn Aigel kl. 11:34

We were turists for one day in the borders between Provence and Languedoc. We had never been to the old Roman City of Nimes, now very much a modern City with lots of modern architecture. We had only lunch in Ales and "did" nearby Uzes afterwards. Pont du Gard is also close by and gave the opportunity for an evening walk.
Lagt inn av Bjorn Aigel kl. 16:01 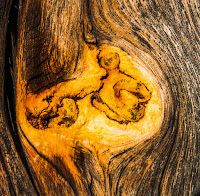 Last October I started a 12 month MasterCourse in Photography created by Spanish and Swiss Photographer Rafael Rojas. The On-line course consists of 16 modules, 1000 pages of illustrated material (pdf-files), 30 hours of audio-visual material and lots of case studies,  examples and personal tutoring. The main topics covered are The photographic message, Natural light, Learning to see, Visual design, Composition, post-processing, printing and a special module on Black & White Photography, which is my speciality. For more info on the MasterCourse, follow this link: 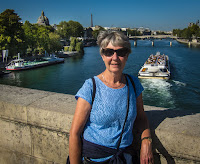 The "classic" walk in Gorge du Verdon from Cavalieres (15 km east of Aiguines). We started with the "classic" l'Imbut trail to the river beach at l'Imbut. Some of us went to find "the end point" called Baou Beni and we finished by climbing out of the Gorge by the nearly vertical Vidal trail. Both main trails have been "upgraded" during the last 2 years and are now well secured with iron bars and ladders to an extent that makes it  a lot easier and "faster" to walk here.
Lagt inn av Bjorn Aigel kl. 15:29